Trade the most liquid forex pair

The goal of EURUSD LR strategy is to provide stable long term capital growth trough trading EURUSD as it is the most liquid currency pair and offers best trading conditions among the brokers. This strategy is fully automated thus eliminating the limitations of emotional human decision making. Entry signals generated are based on algorithm which uses combination of two level of indicators. Backtests over the past 10 years show consistent results.

EURUSD LR strategy turnover is low as it is based on 4 hour chart and generates between 1-2 signals per week. Positions could be both long and short. The leverage is limited to 10x (10% margin) thus can be applied to most individual accounts. If one feels comfortable with higher leverage, the risk characteristics of EURUSD LR strategy allow 20x leverage. This strategy has strict risk management rules. All backtests optimizations show best risk/reward ratio with 80 pips as profit target and 130 pips as stop loss. Setting stoploss helps reduce drawdown risk and limits the loss per trade to only 13% of the capital (using 10x leverage). 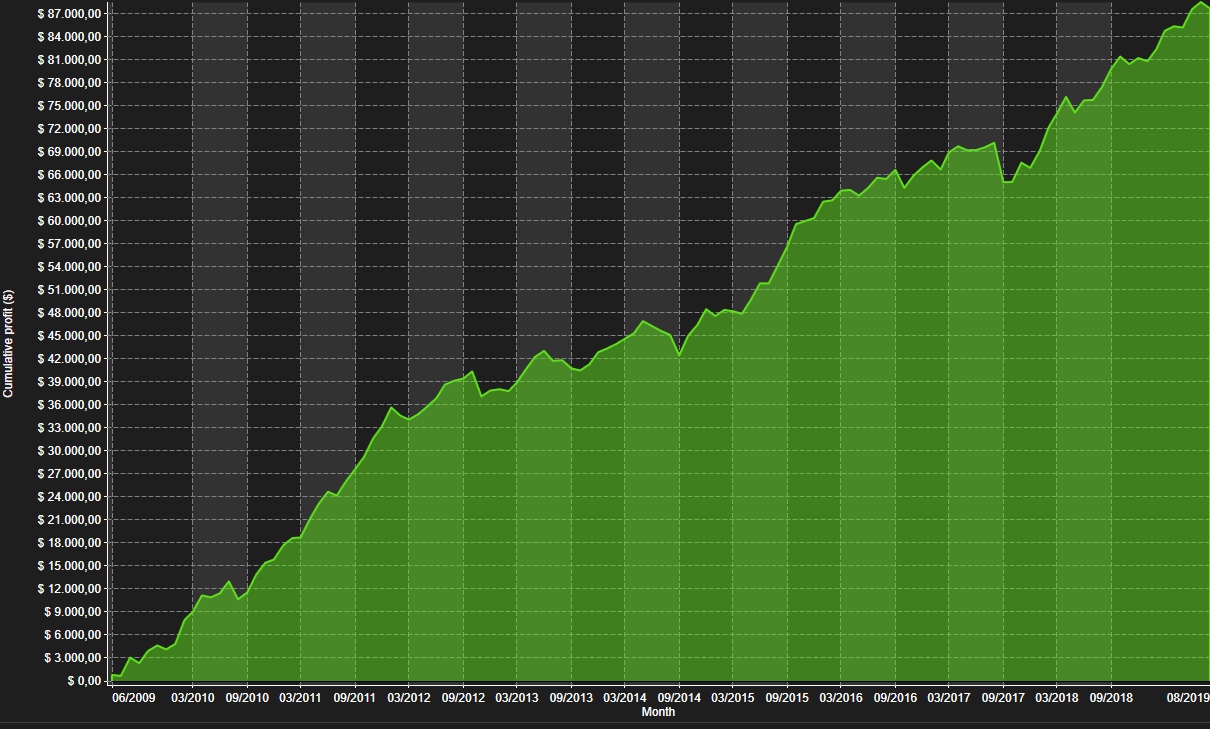 Strategy advantages
The biggest advantage of this strategy is its low correlation to the currency pair performance from one side and lack of correlation with the stock markets from other. It could be used as a diversification in your stock portfolio bringing market uncorrelated income.

To ensure that strategy algorithm works in various market conditions a backtesting of the assumptions over period of 10 years has been performed. Starting in 2009 this strategy could have turned 10’000 investment into 87,639 (as per end August 2019, net of transaction costs) or 25.46% annualized return. Being on the conservative side mentioned performance does not include proceeds reinvesting. This means that every position over the period has been opened with the same amount (100K). If all profits were to be included in the following trades, thus investing 100% of the capital in any trade, profitability could be even higher.

On average 56.71% of the trades were profitable. Average position holding period is 2.01 days. Results mentioned are after transaction costs of 3$ per trade of 100,000 currency units, the lowest on the market. Depending on the broker you use strategy performance may vary widely thus eroding your profitability over long term. There are brokers on the market offering attractive trading conditions.


Strategy risks
This strategy involves risk, however it is limited by the stoploss. As a result during the test period max position drawdown was 13%. 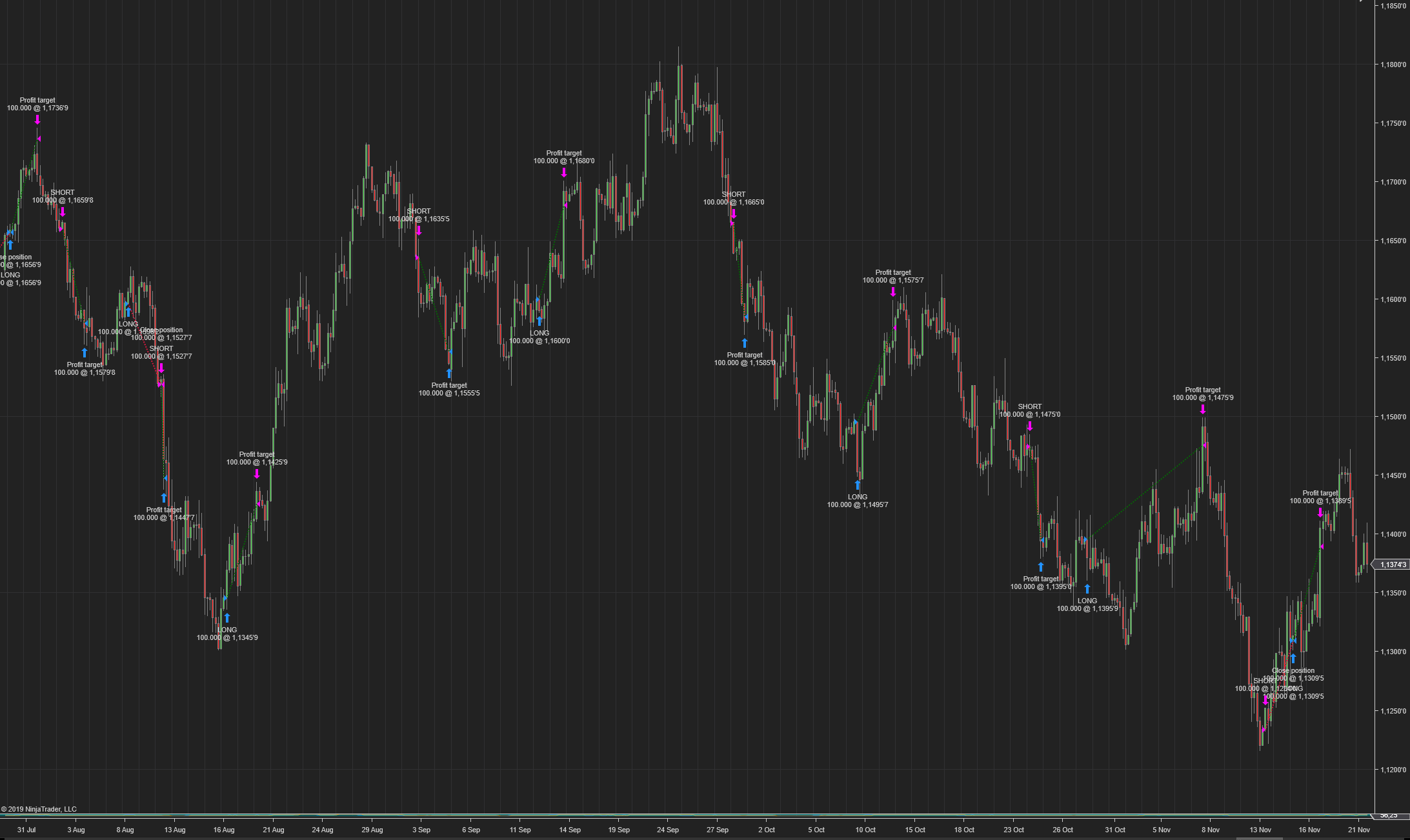 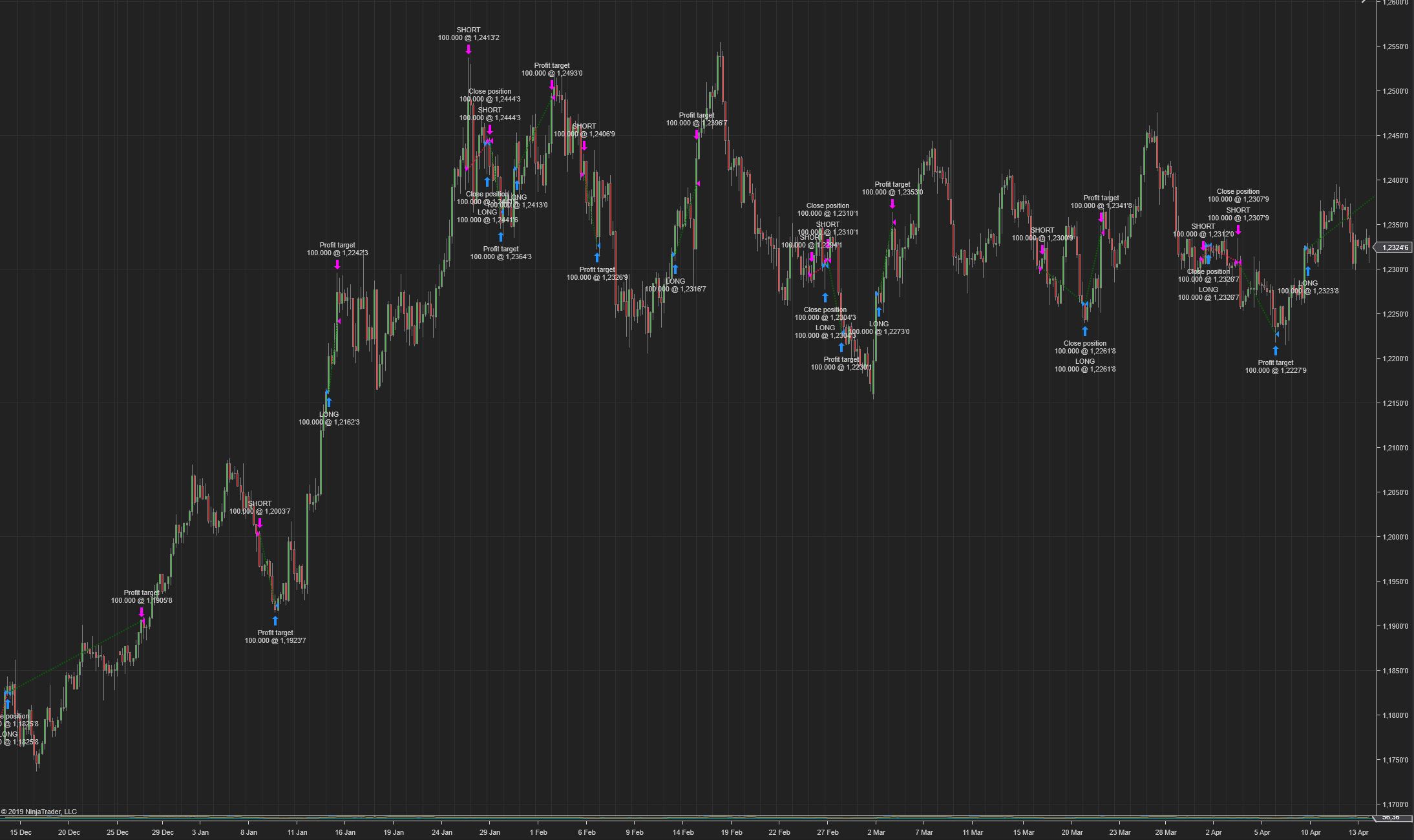